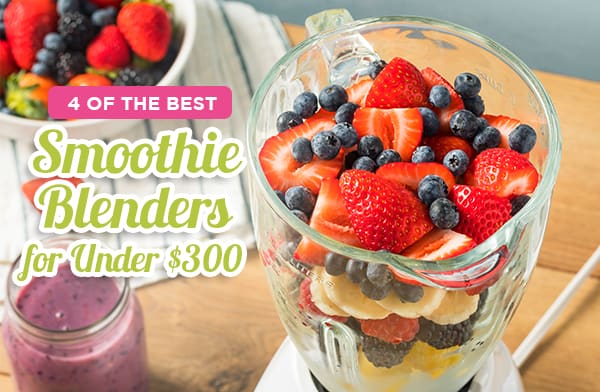 A blender is a blender, right?

With dozens of products on the market, it can be tricky to pick a blender that will work for you. Sure, at some level, any blender will chop up some fruit and make a smoothie. But, if you want a blender that will power through ice, blend fruit smooth, and remain effective for years, you need to make an investment.

As a smoothie guru, I, of course, have my own recommendations. I’ll tell you what they are later on in this post. First, though, let’s talk about what makes a good blender and what you should look for when you’re shopping.

What Makes a Good Blender?

What should you look for when blender shopping?

First, it pays to know how a blender works. They’re fairly simple machines, after all. They’re a simple motor, connected to an axle, which connects to your blades. Everything else is housing or pitcher. Thus, most of the factors influencing the quality of a blender come down to the quality of the component parts. Here’s what you want to look for.

Contrary to what you might expect, sharper blades aren’t better blades, in a blender. For one thing, blades will dull over time, and it’s quite difficult to home-sharpen blender blades without specialized tools. Instead, you should focus on durable blades. Luckily, most blenders are around the same quality level for blades, since it’s an easily-standardized part. Just make sure to inspect your blades from time to time to make sure they aren’t chipping, cracking, or breaking.

Blenders come in all sizes, from tiny one-glass machines to massive commercial beasts. Most blenders are around a certain middle ground, though, which will sit on a countertop and take up some space, but aren’t too big that you can’t put them away if you need the extra space. Size will be somewhat related to capacity, and larger blenders tend to be better-engineered because they’re meant for more frequent use, but bigger isn’t strictly better.

Pitcher capacity is another more or less personal choice that won’t impact the overall quality of a blender. A smaller one will usually be cheaper, though the smallest blenders may be higher-priced luxury items instead of workhorse machines, so keep that in mind. In general, for smoothies, I prefer a fairly standard size. Again, get whatever works for your needs; most of the best blenders come in 2-3 size options or have multiple pitchers you can swap in and out against the same base.

The design and material of the pitcher are some of the most important aspects of a blender, believe it or not.

First, you want one that has a slight taper or cone towards the blades. A flat-bottomed pitcher won’t circulate ingredients as well, while a tapered blender will create a vortex that more appropriately circulates ingredients for a smoother smoothie.

Material is also a factor in durability. Metal or glass tend to be the strongest, though metal is rare, hampers visibility, and is more difficult to find. Glass is strong in just about every situation, but will be more expensive. It’s also risky; if something hard and metal like a spoon gets stuck in the blender, the glass can shatter, which can be hazardous.

Most blenders use either polycarbonate or Tritan, both of which are durable forms of plastic. Tritan is a little more durable, but both can crack when exposed to too much heat, so be careful when washing them and follow care instructions.

Many blenders will advertise a “peak horsepower” number to sound impressive, but that number is basically just “how fast does it spin up,” which is largely meaningless to practical use. Instead, you want average horsepower. Since this isn’t usually advertised, you can calculate a rough estimate by dividing the device wattage by 746 (the equation for horsepower), though it’s not entirely accurate. Thus, generally, a higher wattage blender will be more powerful.

In general, you want a blender with a minimum of 500 watts, though most good blenders are much higher these days.

One important factor in the longevity of a blender is how the motor is built. In particular, if you can, you want to find one with predominantly metal parts rather than plastic parts. Gears wear down over time, and plastic wears down faster than metal, especially with more powerful engines driving the force behind it. Sadly, this information is pretty difficult to come across. On the other hand, it’s typically correlated with quality and price, so you can assume the better the blender, the better the construction.

An unfortunate truth in blenders is that, for the most part, you get what you pay for. The higher the blender quality, the more it’s going to cost. There are a few outliers, but not by a whole lot. If you’re trying to keep your budget under $300, you’re limiting yourself in terms of quality. That said, there are diminishing returns at the most expensive end, and $300 is a kind of “sweet spot” for some models, as you’ll see below.

Most companies engineer their warranties to run out before their machines burn out, but you still want to get the best warranty you can. Brands like Vitamix, Oster, and Blendtec generally have good warranties, but it can still be worthwhile reading the fine print. Oh, and make sure to actually register your product, or you’ll have a hard time claiming the warranty if something goes wrong.

Some additional features or accessories you might look for in a blender include:

As usual, how much of these you want or need comes down to your own habits. My choice of blenders has a decent array of features, but they don’t have everything, especially at this price point.

A Note on Noise

One thing you might see advertised is the noise level of the blender. If you’ve ever walked into a smoothie bar, you know that blenders – especially powerful blenders – can be extremely noisy. This can be a concern if you’re trying to make a smoothie for breakfast in the morning, but you don’t want to wake up the family.

To a certain extent, there’s not much you can do about the noise. It’s always going to be a motor running blades that fling around frozen berries and bits against a plastic pitcher. There’s only so much noise dampening you can apply to that process. However, some blenders are quieter than others. Generally, you have a trade-off between power and noise, though the construction of the motor and gears will also impact the noise the machine makes.

I don’t particularly rank the noise a blender makes as a deal-breaker either way, but if you’re concerned about it, there are options out there for quiet blenders. You just might be paying a premium while sacrificing power to get them.

I have a handful of blender recommendations in the Smoothie Diet core PDF, but it’s a small part of the overall package. This post is giving me a chance to go deeper into the subject. Here are my top recommendations.

The Nutribullet line of blenders are generally small, designed for making a single, personal cup of a smoothie. They’re powerful for their size – the RX is a 1700-watt machine – and they typically come with a wide range of useful accessories. At around $150, it’s also one of the cheapest machines I would still rate “high quality” on the market.

Nutribullet isn’t one of the top brand names, and unfortunately, their products are a little let down by the warranty and construction. They’ll be fine if you want a decent machine for small-batch smoothies, but if you’re making several things a day, every day, you’ll wear them out pretty quickly.

Vitamix has two lines; the 5×00 line and the Explorian line. Explorian is largely a “store brand” package made for Costco, and has an equivalent blender in the 5×00 line. For example, one of the best blenders on the market is the Vitamix 5300, which runs nearly $600. The Explorian E320 is almost identical, but costs only around $400.

Vitamix has industry-leading warranties, and their blenders often last for a decade of constant use, so nearly any one you pick up will be among the best blender decisions you can make.

Oster is quietly one of the best blender brands on the market today. While Vitamix and Blendtec get all the attention, Oster has been slowly improving their blenders for decades, and the Versa Pro is the culmination of all of their innovations.

Overall, the Versa Pro can be described as “exactly good enough.” It’s powerful, but not extremely powerful. It’s durable, but not “hand down to the children” durable. It has additional features, but not so many that they’ll make your head spin.

And, coming in at $230, the Versa Pro is a solid value for its price. It’s basically the peak of the sweet spot; you can get better blenders…. For $400+. You can get cheaper blenders, but they won’t be as good, as strong, or as durable. You’re getting enough of everything you need with the Versa Pro, and for most of you, that’s all you can ask for.

A final entry on my list, the K150 is a decent “introductory” blender. It can crush ice, which is great, but it’s not the most durable piece of kitchen equipment you’ll buy. It only has three speed settings and relatively few accessories, but dang, does it look good sitting next to a mixer.

If you aren’t sold on the smoothie lifestyle or just want to dip your toes into blending (keep your toes out of the blender, though), the K150 is a good place to start. It’s only about $130, so it won’t break the bank to pick it up, but it’s good enough to get you an idea of what a smoothie routine will feel like. If you decide to stick with it, you can invest in a better blender down the line.

What about you? Do you have a favorite blender, under $300 or over? Feel free to discuss your favorite blenders in the comments, or drop me a line with a recommendation I might have missed. And, if you’re looking for something you blend up to try out your new blender, test out the Smoothie Diet today! You can find all the information about the Smoothie Diet right here! 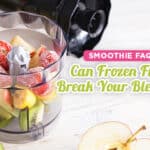 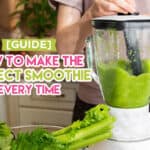 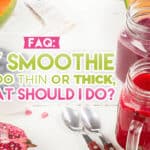 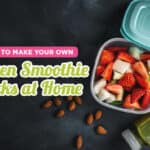